Scotland’s Year of Coasts and Waters celebrates every aspect of our beautiful shores and waterways and World Oceans Day on 8 June gives us the chance to pause and appreciate our seas.

We spoke to Flora Kent at Scottish Natural Heritage (SNH) to learn about her role as a marine ecologist and diver, and find out what impact the current Covid-19 crisis has had on her work.

What made you want to pursue a career in the marine sector?

Having spent my early years living on a boat on the River Blackwater in Essex and later childhood playing in the estuary, sailing, swimming and generally getting covered in mud, I’ve always felt very at home on the coast. This love for the sea combined with an interest in science led me to a degree in marine biology and then a PhD in marine ecology where I was lucky enough to spend three years diving and working on small fishing boats around Scotland and Wales. This training gave me an appreciation for how much there still is to learn about marine species and habitats. Direct experience of how and why people rely on the sea, for food, recreation or getting around made me see that the ‘hidden gems’ that I’d discovered are very vulnerable to impacts and much more effort is needed to understand such interactions.

Can you explain what SNH’s remit is and what your role involves?

We are Scotland’s nature agency and as an organisation we work to improve our natural environment in Scotland. I work in the Marine Ecosystems team so our remit focuses on marine species and habitats. As part of the marine survey and monitoring group my role varies from fieldwork planning and logistics to data management and analysis. I provide advice on some proposed developments and activities, particularly where shellfish habitats are involved or seagrass restoration.

What makes Scotland’s seas so special?

Scotland’s seas are vast and wild. In fact, the sea to land ratio in Scotland is nearly 6:1, and when you consider the three dimensional structure, seabed topography and complex coastline, you start to appreciate the dynamic nature of this world. As a diver, I strive to find clear waters and to explore rich and vibrant sites. Scotland certainly delivers these in diverse and enchanting ways.

I love exploring kelp forests and underwater caves in remote locations such as St. Kilda, but also getting up close to the seabed and finding soft corals, seaweeds, sea mats and molluscs that live on our biogenic habitats - these are habitats created by the animals themselves, like horse mussel beds and flame shell beds for example.

Scotland has excellent examples of maerl beds, sometimes referred to as coral due to the bright pink colour created by this hard red seaweed algae. Flame shell beds have to be one of the most underrated habitats, but the nests created by these molluscs are home to a great range of seaweeds and other animals, yet very hard to spot with the untrained eye. 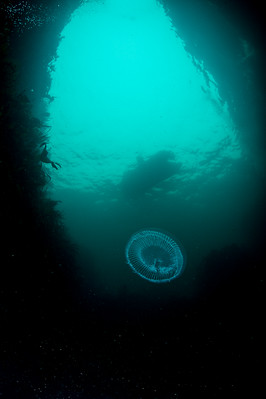 What impact has coronavirus had in terms of your and SNH’s work?

Since the lockdown we have had to redirect our work efforts with fieldwork plans being scuppered. Surveys planned for this year have either been cancelled or postponed but we are continuing to work from home and making use of this pause in our normal routine to reflect on the information and resources we have gathered through surveys undertaken in recent years. We are currently designing a monitoring plan to allow us to better determine the status of seabed habitats around Scotland - exploring ecological processes and interactions with an increasing range of human activities.

Why is it important to protect our seas and what are some of the ways that is happening?

The hidden nature of the marine environment makes it more difficult to detect changes, whether these are natural or in response to a human activity. We do however, know that biodiverse habitats such as those created by horse mussels provide important ecosystem services. These services can be related to benefits that people get from the sea, like food production, while some habitats like seagrass beds are also ‘blue carbon’ stores and essential for climate regulation. Marine Protected Areas (MPAs) are an important tool for protecting the marine environment. MPAs can help maintain or restore biodiverse features and the corresponding ecosystem services that these features provide.

What would you say are some of the biggest threats to the world’s oceans?

Climate change impacts are far-reaching in terms of scale and the groups of species affected. The impact of a warming environment not only relates to pressures on species due to increased seawater temperatures but ocean acidification has also been shown to impact biological processes in marine species, including the ability of some to make and maintain their shells, for example.

Other effects include changes in oxygen levels and shifting species distributions. Different processes may have more severe effects at different life stages, such as the larval phase, and this could have implications for the survival of populations including how populations are connected. Large-scale changes in oceanographic water movements are likely, for example the predicted weakening of the Atlantic Meridional Overturning Circulation (AMOC) and this important process is often overlooked.

Many of Scotland’s NNRs are on the coast. What role do they play and what do they have to offer when the time is right to visit again?

Our National Nature Reserves (NNR) are the best places for people to experience and enjoy Scotland’s amazing nature. Scottish Natural Heritage manages 29 NNRs of which 9 are coastal – Hermaness and Noss in the Shetland Islands, Loch Fleet, Forvie, St Cyrus, Tentsmuir and the Isle of May scattered along the east coast, Caerlaverock on the Solway Firth and Rum, one of the Small Isles on the west coast of Scotland.

Our coastal NNRs comprise dramatic cliffs and islands with great colonies of nesting seabirds, rocky shores with pools to explore, extensive sand dunes with lost villages, colourful wildflower meadows and large estuaries with mud- and sand-flats supporting huge flocks of wintering geese and wading birds. There are also impressive seal colonies, a great diversity of plants, butterflies and much more.

Apart from our management for nature, we use our reserves as places to encourage people to connect with nature – through visiting or, at the moment, through online media.  Each year about 300,000 visits are made to our coastal reserves – helping to strengthen local economies and support formal and informal education.  On several reserves we also host long term studies for example of seabird populations, the data gathered being used to inform public policy on the likes of climate change and natural resource use.

Which of Scotland's coasts or waters are you most looking forward to visiting in the future once it’s safe to do so?

In 2017 we surveyed the flame shell bed in Loch Carron, which is the largest known bed of its kind, to verify reports from recreational divers of damage to the habitat. With the stunning backdrop of Skye and the Cuillin Ridge, diverse habitats and clear blue waters in Loch Carron, this site would be great to revisit and see how the habitats have changed since it became a Marine Protected Area.

Find out more about Scotland’s natural habitats at nature.scot 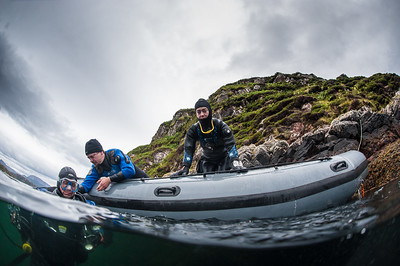 Day in the Life - Marine Conservationist

From beach cleans to social media, find out what’s involved in the life of a Conservation Officer in Scotland, when we talk to Catherine Gemmell.

A Day in the Life

Each month we’ll shine a light on some of the people who live, work and have a passion for Scotland's stories.